You are here: Home / About Cliff Crochet 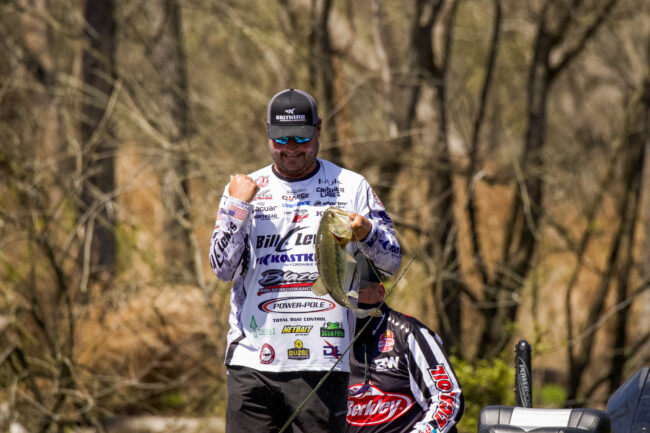 “Now an angler on the MLF Bass Pro Tour, “The Cajun Baby” Cliff Crochet has been fishing from the time he can remember growing up in the Atchafalaya Basin in southeast Louisiana.  Cliff joined the Lake Verret Bass Club in 2000 and began doing well in Federation Nation events.  He became the youngest-ever Louisiana State Champion in 2006 and set his eyes on fishing professionally.  From 2007 to 2009 Cliff competed in the Bassmaster Open series and qualified for the 2010 Bassmaster Classic and an invitation to fish in the Bassmaster Elite Series.

As a rookie on the Elite Series, Cliff nearly won the Clark’s Hill event, finishing 2nd by 1 ounce.  Cliff was also runner-up in the Rookie of the Year race.  Since his start on the Elite Series, Cliff has continued to develop his trade and increased his career B.A.S.S. earnings to $444,578.  He has also competed in the Bassmaster Open series during those years, notching his first ever win at the Atchafalaya Basin Open in 2016.

At age 18 Cliff began serving in the Assumption Parrish police force and is now a Deputy Sheriff as his tournament schedule allows.
Read “Cajun Clouds”

Cliff also serves as a volunteer youth football coach in his hometown, giving back to the sport and community that helped steer his life.